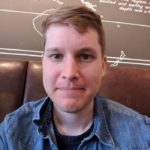 In my last semester of college, I took a course called Open Source Systems which was my first introduction to GitHub. I did a research project on an open source project and I chose this website called FreeCodeCamp. I ended up teaching myself JavaScript through their program and eventually contributed to the JavaScript curriculum. I contributed some recursive Java problems I learned in school which I adapted to JavaScript. After I graduated, I was working as an IT Support Representative for a startup, but I knew I wanted to be a web developer. So I worked on side projects and tutorials after work to continue my learning. Then a year passes by and I am still working at the same place. Still teaching myself when I can, but of course, life got in the way.

I ended up getting an interview at an agency for a junior role, and I brought in a project that I wrote with help from a tutorial. They asked me a basic question about how to add a column to the database and I couldn’t answer it. I knew at that moment I needed a change. I spoke with some developers at my job and my friends that were developers and the ones that had done bootcamps were saying it was the best decision they ever made. So starting this year, I had the chance to join a bootcamp and I decided to go for it. It really was the best decision for me and provided the structure I needed when learning. I worked with a team and developed awesome projects that I am proud of. Now, I am looking to work for a smaller team doing full stack development in web apps or mobile apps. I wrote a react native app for my capstone project, and was a lot of fun. I’m also interested in Ed tech because I like teaching people how to code.

Certificate at FullStack Academy of Code

Learned Node and React
Made three awesome projects on my github.
The final project was a React Native app that will be in the google play store

IT Support Representative at PartsTrader LLC

● Assisted customers with general questions and technical support for a web based platform. Troubleshooting technical problems with remote software.
● Developed, implemented, and trained technical documentation for best practices.
● Managed a team for organizing events and day to day activities.
● Part of a team for weekly meetings and presentations to keep representatives informed for upcoming changes in the platform.